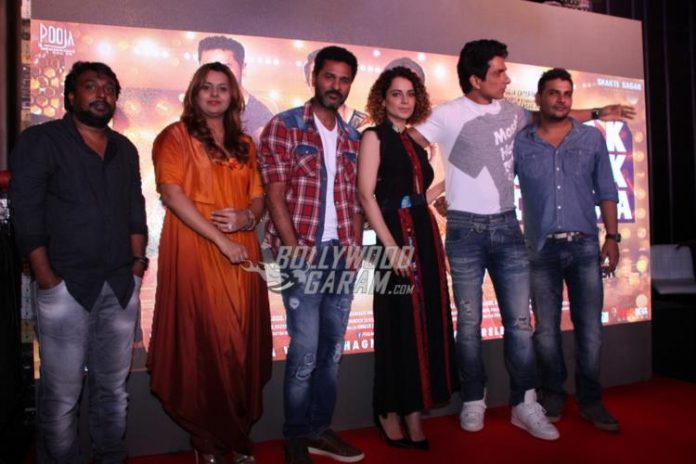 Actress Kangana Ranaut launched the music of the upcoming movie ‘Tutak Tutak Tutiya’ at an event in Mumbai on September 19, 2016. The launch event also saw the presence of Sonu Sood and Prabhu Deva.

The movie is directed by A.L. Vijay and stars Prabhu Deva, Tamannaah Bhatia and Sonu Sood in lead roles.

‘Tutak Tutak Tutiya’ is a home production by Sonu Sood and is all set to hit the theatres on October 7, 2016.