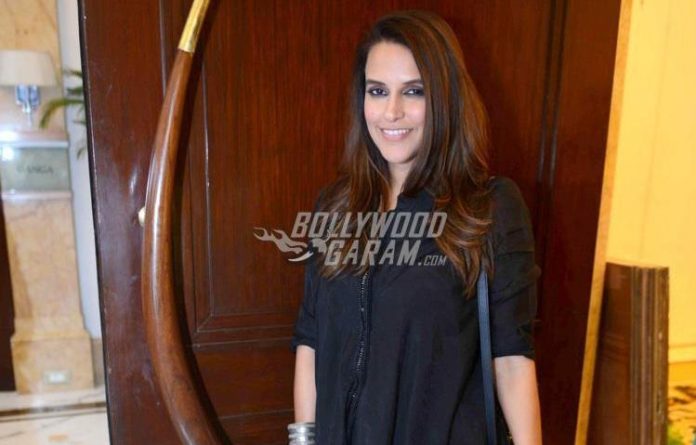 Actress Neha Dhupia has ruled the world of fashion and has also contributed in various Bollywood movies. Now the actress is all set to turn a producer and will be producing some unique content through her production house Big Girl production.
Dhupia in an interview revealed about the details of her radio show ‘No Filter Neha’ in which she will have a candid and outrageous conversations with some of her celebrity friends. The actress while talking about her production house said that she wanted to create a new-age global, digital and edgy content and her focus is to have different kind of shows.
The first production by the actress will be a podcast and will be aired on Saavn. The first season of the show will have Farah Khan, Karan Johar, Kareena Kapoor, Yuvraj Singh, Chetan Bhagat, Vishal Dadlani, Sonam Kapoor, Kangana Ranaut and more. The first episode featuring Karan Johar was aired on October 4, 2016.
Karan who has earlier hosted his own show did great at the first episode and was totally unstoppable. While talking about other projects, the actress said that they are coming up with an interesting concept and that there is a lot of content that needs to be exploited.