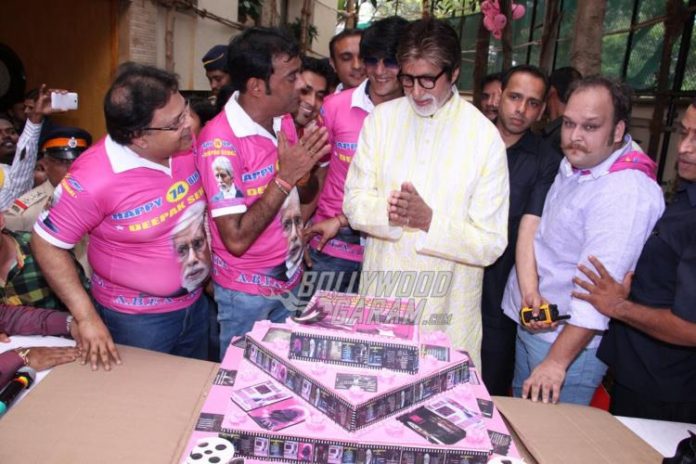 The star was seen cutting a huge cake that had a Bollywood theme and had an indirect connection with the recent commercial success ‘Pink’.

Mr. Bachchan also received a special gift on his birthday from his fans that he gracefully accepted.