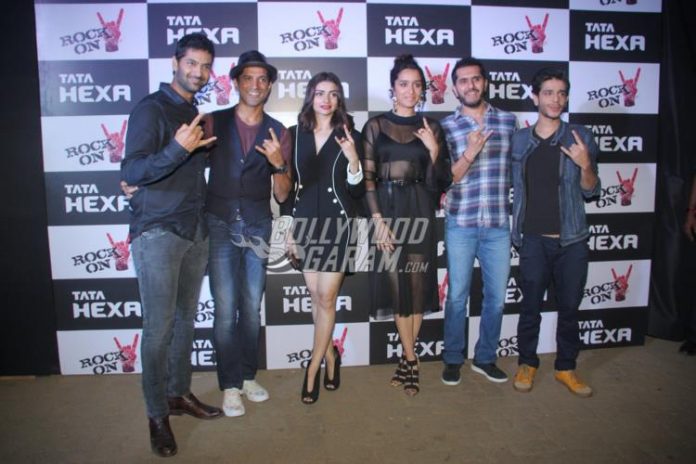 Actors Shraddha Kapoor, Purab Kohli, Farhan Akhtar, Prachi Desai and producer Riteish Sidhwani were present at an event where the makers of the movie ‘Rock On 2’ announced association with Indian motor giant Tata Motors in Mumbai on October 24, 2016. Tata’s flagship vehicle Tata Hexa will be featured in ‘Rock On 2’ which is directed by Shujaat Saudagar.