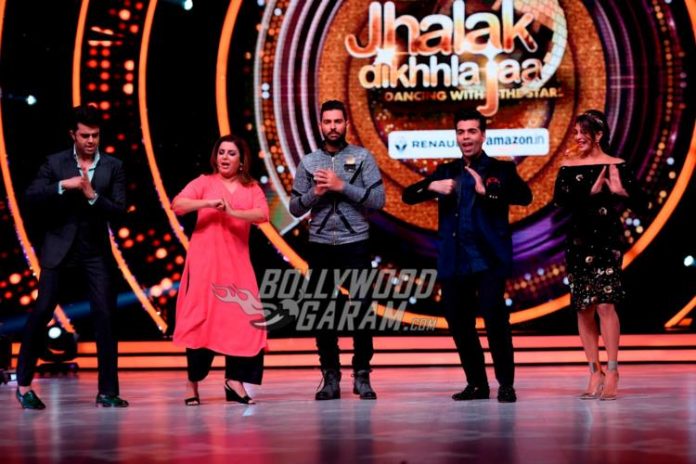 Indian cricketer Yuvraj Singh appeared on the sets of the celebrity dance reality show ‘Jhalak Dikhhla Jaa’ in Mumbai on November 10, 2016. Singh shot for a children’s special episode and was telecasted on November 14, 2016.

Reports say that the cricketer had a blast on stage with judges Jacqueline Fernandez, Karan Johar and Farah Khan and also interacted with the contestants.

On the personal front, Yuvraj is all set to get married to beau Hazel Keech in 2016.