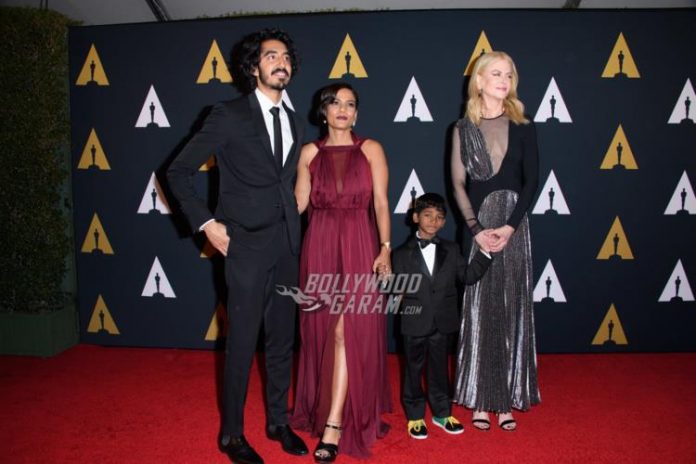 Actors Dev Patel, Priyanka Bose, Sunny Pawar and Hollywood beauty Nicole Kidman were snapped at the red carpet of the 8th Annual Governors Awards in California on November 14, 2016. Child actor Pawar was in news for not being granted the US visa to attend the screening of his Hollywood movie ‘Lion’.

Sunny was recommended for a potential Best Actor Oscar Nomination by the Weinstein Company. The movie had received strong reviews for the actor’s performance at the Toronto and London film festivals earlier in 2016.

‘Lion also stars Nicole Kidman and David Wenham, who play the role of a Tasmanian couple, who adopt a street kid from an orphanage in Kolkata, India.