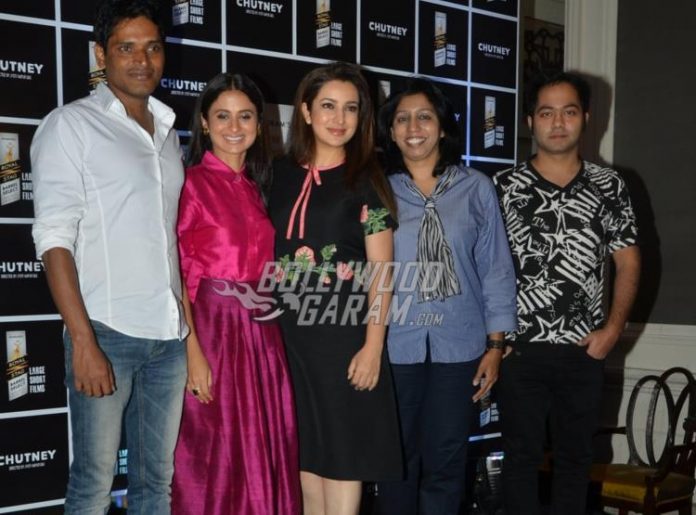 Actor Tisca Chopra turned producer for a 15 minute short film ‘Chutney’. This is a debut venture by Chopra and features Adil Hussain and Rasika Duggal and has been made under the banner The Eastern Way and presented by Royal Stag Barrel Select.

The story of the shirt film is about an ordinary woman Vanita, who is one of those middle-class women who seem normal from outside but have so many secrets buries inside them.

Tisca said that the movie will be released soon and that she also plans to produce commercials and web series in near future.