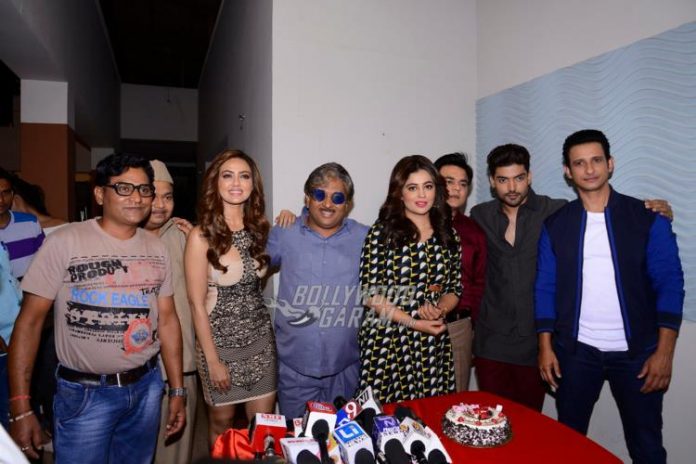 Actors Gurmeet Chaudhary, Sharman Joshi and Sana Khan promoted their upcoming movie ‘Wajah Tum Ho’ with the characters of the TV show ‘May I Come In Madam’ on location in Mumbai on November 28, 2016. The sets saw actor Neha Pendse, who plays the lead role and celebrated her birthday by cutting a cake with the cast of ‘Wajah Tum Ho’.

The movie is directed by Vishal Pandya and is all set to hit the theatres on December 16, 2016. The makers of the movie had earlier announced December 2, 2016 as the release date, but the new release date was announced by Sharman.