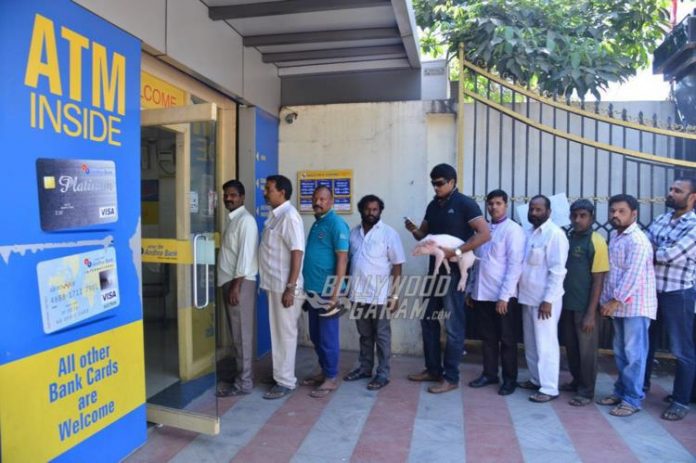 South actor Ravi Babu was seen standing in an ATM queue in Hyderabad on November 24, 2016. What caught everyone’s atttntion there was that the actor was seen standing with a piglet in his hand. The piglet is reportedly a part of his upcoming movie ‘Adhugo’.

The movie is currently in the post-production stage.