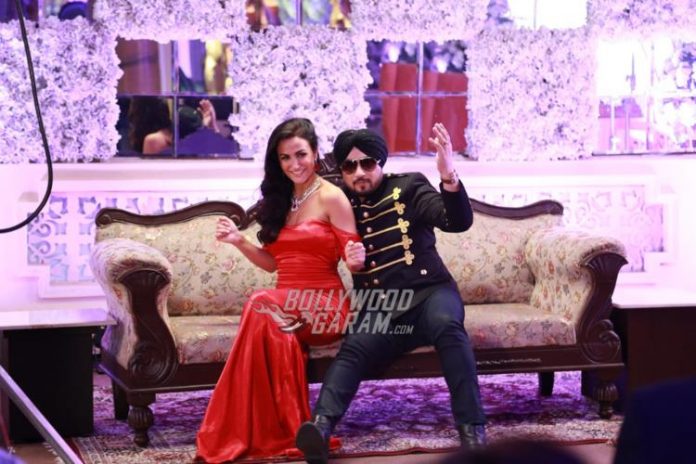 Punjabi singer Dilbagh Singh of ‘Tanu Weds Manu’ fame, is all set to release his upcoming single ‘Urban Chhori’ along with Swedish actress Ellie Avram. The two were snapped shooting for the video in Mumbai on November 30, 2016. Ellie during the shoot said that she wants to promote Dilbagh’s upcoming song by heart.

The actress added that she is excited to perform her upcoming video with Dilbagh Singh.

The song will be launched by the second week of December, 2016.