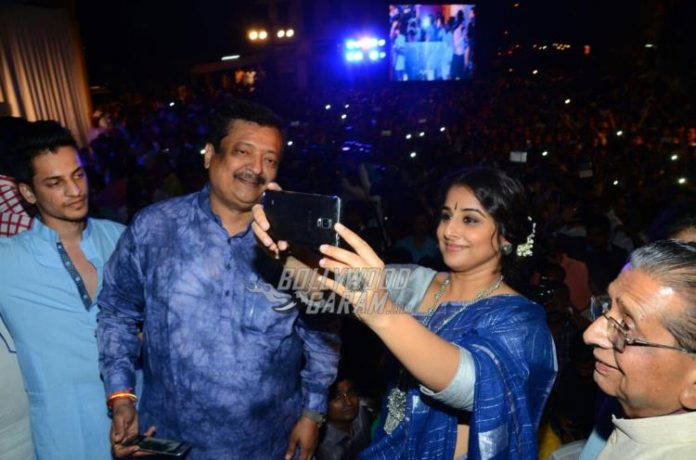 Indian actress Vidya Balan inaugurated a ‘selfie point’ at Ghatkopar area in Mumbai on December 1, 2016. The actress appeared wearing a traditional sari with a retro hairdo.

Vidya was seen clicking selfies with the huge crowd gathered there to catch a glimpse of the ‘Parineeta’ actress.

The actress promoted her movie ‘Kahaani 2’ that hit the theatres on December 2, 2016.