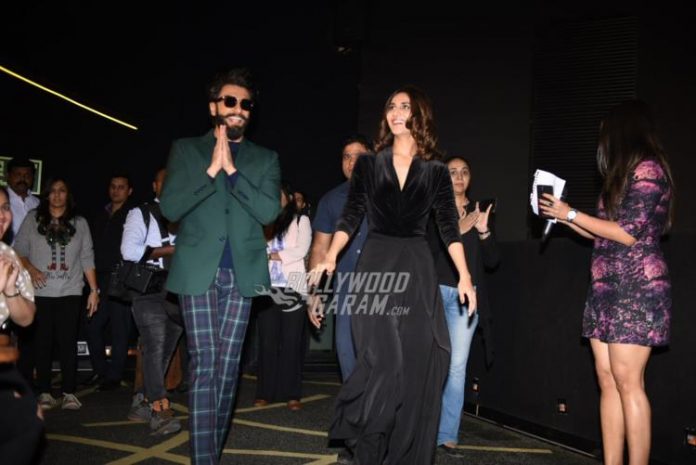 Actors Ranveer Singh and Vaani Kapoor promoted their upcoming movie ‘Befikre’ at a press event in Delhi on December 6, 2016. Vaani looked pretty in a black outfit while Ranveer maintained his style quotient in a checked pants, contrast blazer and a t-shirt.

The actors interacted with the media and fans and talked about their movie which is written, directed and produced by Aditya Roy Kapoor.