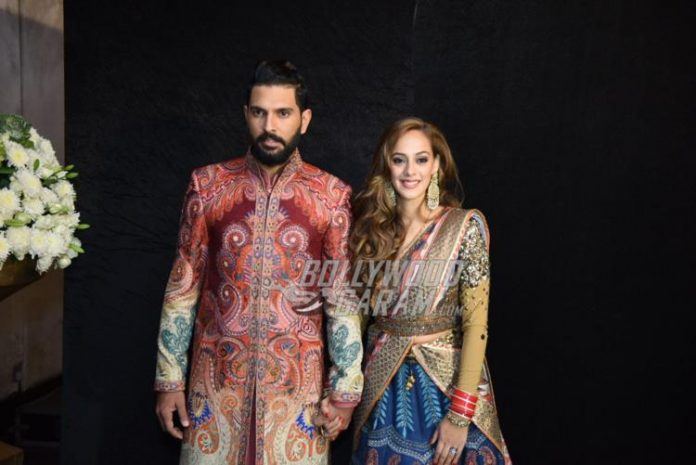 Newly married Yuvraj Singh and Hazel Keech hosted a grand wedding reception at a plush hotel in New Delhi on December 7, 2016. The young couple had a Sikh ceremony at a Gurudwara at Chandigarh after which they had a Hindu wedding at Goa.

The New Delhi reception saw many of the member from the Indian cricket team including Virendra Sehwag with wife Aarti, Harbhajan Singh with wife Geeta Basra, Saurav Ganguly, Kapil Dev, Mahendrq Singh Dhoni with wife Sakshi. Even Zaheer Khan turned heads as he arrived with his alleged love Sagarika Ghatge.