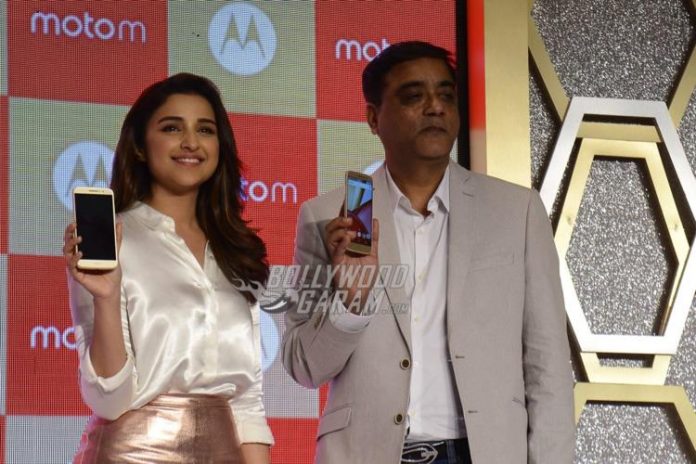 Indian actress Parineeti Chopra launched Motorola’s Moto M at an event in Mumbai on December 13, 2016. The ‘Ishaqzaade’ actress looked fabulous in a white shirt and a metallic pink skirt.

On the work front, the actress was last seen in the movie ‘Dishoom’ and is currently filming for upcoming movie ‘Meri Pyaari Bindu’.