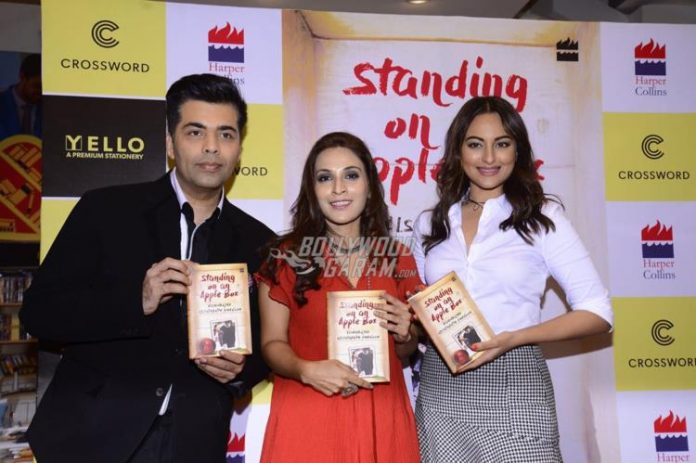 Bollywood filmmaker Karan Johar and actress Sonakshi Sinha were present to grace Rajinikanth’s daughter Aishwarya’s debut book ‘Standing on An Apple Box’ at an event at New Delhi on December 16, 2016. Sonakshi for the launch event was seen in a white shirt and a checked skirt while Karan appeared in a formal suit.

This is the first venture for filmmaker Aishwarya as an author and looked great in a red outfit. The book is a semi-fiction of the good, bad and ugly of being the daughter of one of the biggest stars in the film industry.

Sonakshi, who is the daughter of actor Shatrughan Sinha, also shared a few memories of her childhood at the book launch event.