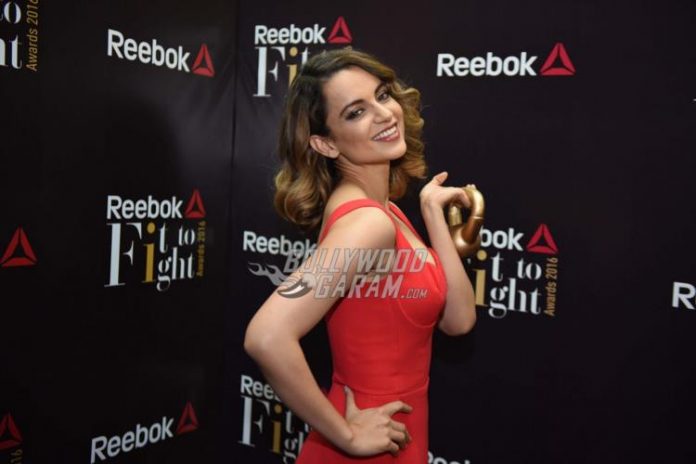 Actress Kangana Ranaut attended Reebok’s first Fit to Fight Awards 2016 held in Delhi on December 16, 2016. Ranaut, who is the spokesperson of Reebok, looked great in a red Ulyana Sergeenko outfit.

During the event, the actress also opened about her conflict with Hrithik Roshan and said that she felt naked when her letters were exposed and that nobody understands what she feels as a woman during testing times.

On the work front, the actress is currently working on the upcoming movie ‘Rangoon’ which also stars Shahid Kapoor and Saif Ali Khan.