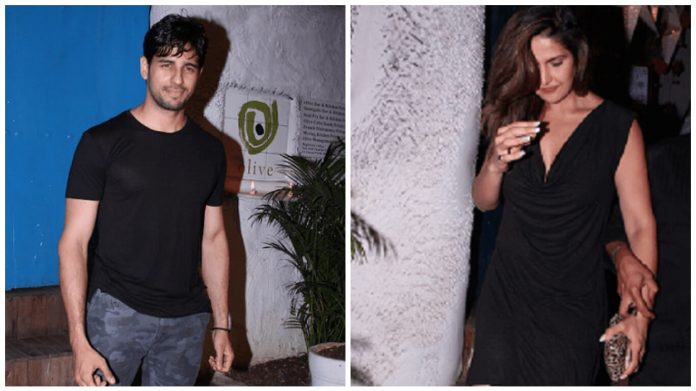 Bollywood Garam spotted Zarine Khan and Siddharth Malhotra with a band of friends at Olive restaurant. Looks they had a great time at the venue.

The gorgeous and stunning actress Zarine khan was spotted at Olive restaurant in Bandra on December 18, 2016. After her performance in her latest movie Hate Story 3, fans are looking forward for to her upcoming movie – Aksar2, which is a sequel to the movie Aksar released in 2006. Aksar 2 is directed by Anant Mahadevan.

The actress is playing a lead role in the movie Aksar2, starring opposite Abhinav Shukla and Gautam Rode. We wish her the very best for her upcoming movie and hope that it turns out to be a blockbuster.

The Handsome hunk of Bollywood Siddharth Malhotra too was snapped outside Olive restaurant, Bandra on December 18th, 2016. He was caught leaving with his friends from the restaurant.

We even managed to get a shot of Zarine Khan and Siddharth Malhotra’s friends.

Stay tuned for more updates on your favorite stars on Bollywood Garam.