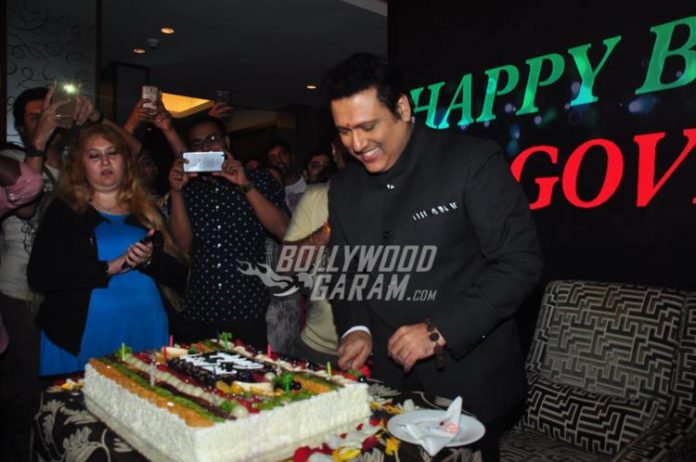 Bollywood actor Govinda celebrated his 53rd birthday on December 21, 2016. The actor interacted with the media at a press event. Govinda cut a cake amidst the paparazzi and announced his upcoming movie ‘Aa Gaya Hero’ which is all set to hit then theatres on February 24, 2017.

The actor while interacting with the media said that he was never away and that movie had been through a lot of difficulties and that he had to take a special permission from his wife Sunita to make this movie.