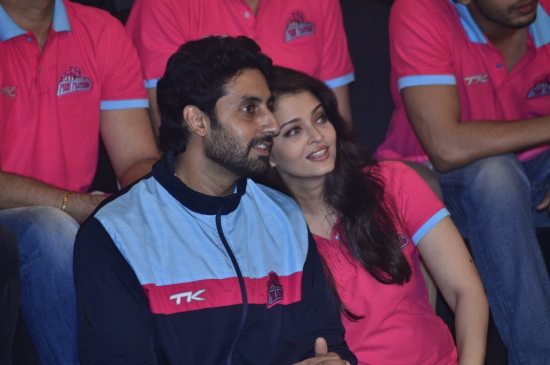 Bollywood actor Abhishek Bachchan, who was last seen in the movie ‘Housefull 3’ is now all set to roll out his home production ‘Lefty’ in 2017. Reports say that Abhishek’s wife Aishwarya was keen on stepping in as the lead lady but the actor turned producer has now instructed his team to look for a younger face.

Jr. Bachchan has opined that wife Aishwarya may be too mature for the role. The upcoming movie is a sci-fi thriller and will be directed by Prabhu Deva and co-produced by Bunty Walia. The story of the movie has been penned by Kona Venkat of ‘Ready’ fame.
The movie will see Abhishek playing the role of a super human, who is all set to save the city with his super ability to sense trouble with his left hand.