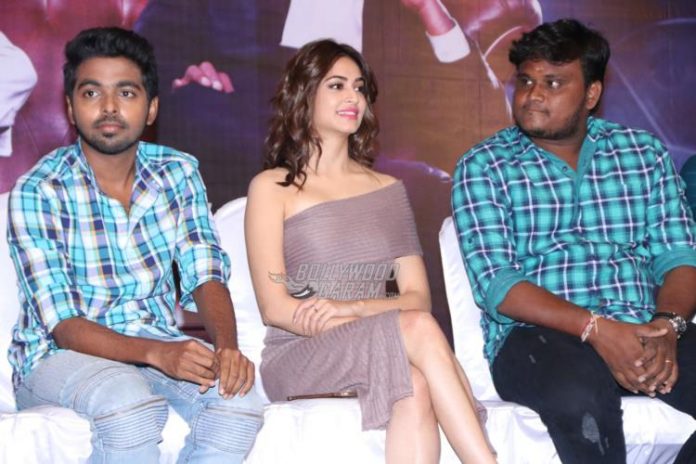 Makers of the upcoming Tamil action comedy movie, ‘Bruce Lee’ held a press conference in Chennai on January 4, 2017. The upcoming movie features Kriti Kharbanda, G.V. Prakash Kumar and Bala Saravanan in lead roles and is all set to hit the theatres on January 13, 2017.

The movie is directed by Prasanth Pandiraj and was earlier titled as ‘Baasha Engira Anthony’ which was later changed to ‘Bruce Lee’ as the makers failed to get permission to use the title from the makers of ‘Baasha’ which was released in 1995.