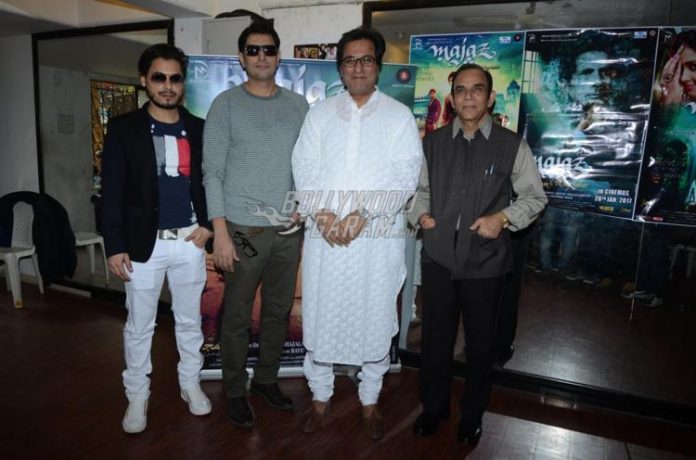 Actors Priyanshu Chatterjee and Anas Khan promoted their upcoming movie ‘Majaz’ in Mumbai in January 17, 2017. The movie ‘Majaz’ is based on the life of a legendary poet with the same name.

Actor Priyanshu of ‘Tum Bin’ fame will be seen on the silver screens after a long time. During a media interaction Priyanshu expressed that the movie has been very intense for him and that the makers have created a fictional account of the poet. The promotional event also saw Talat Aziz.