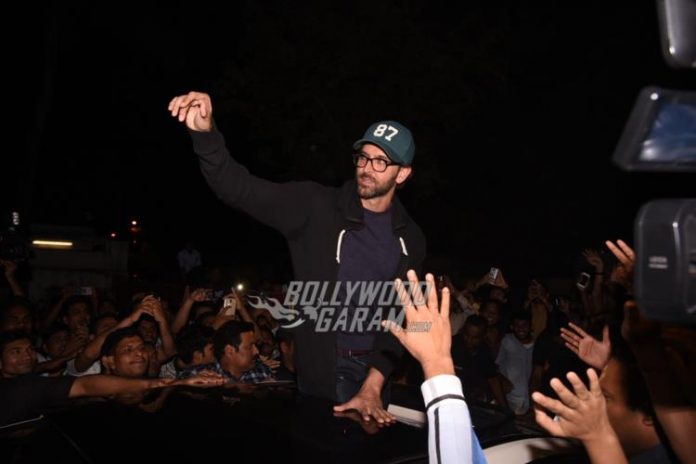 Indian star Hrithik Roshan is enjoying the success of his movie ‘Kaabil’ that hit the theatres on January 25, 2016. Jr. Roshan surprised his fans by visiting a local theatre in Mumbai on January 26, 2017.

The movie opened on a moderate note and witnessed a growth on the second day of release. Looking at the appreciation from the audience, Hrithik decided to surprise his fans with a surprise visit at a local theatre. The actor interacted with his fans to return all the love and appreciation that he got for his movie. Hrithik appeared in a casual outfit.

Even the fans posted videos on social networks of Hrithik’s visit at the theatre. Hrithik too took his Twitter account and wrote, “When I started d Chandan tradition with kaho na pyaar hai. Nobody noticed in d dark. Thank U cellphone flashes. Today was brighter ;)”.

The movie ‘Kaabil’ also features Yami Gautam and is directed by Sanjay Gupta. The audience got to see a fresh pair on screen with Hrithik and Yami, who are seen playing the role of a blind couple in love. ‘Kaabil’ managed to collect Rs. 29.10 crores in just two days and the makers are expecting more business in future.