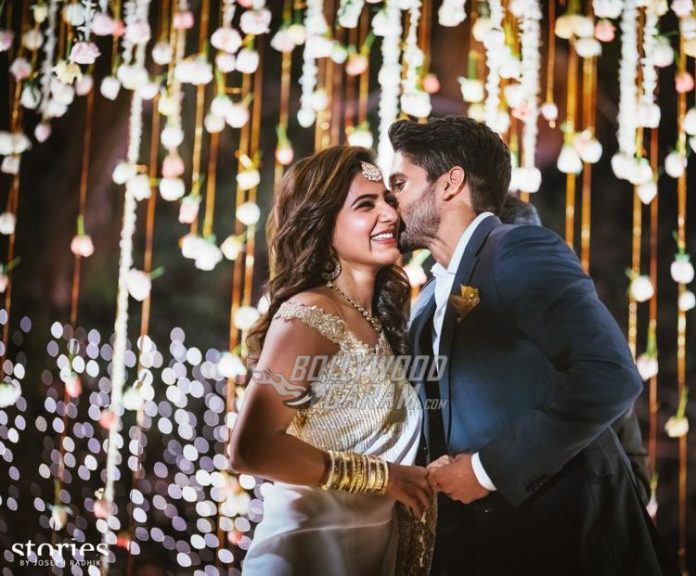 South superstar Nagarjuna’s son Nagachaitanya got engaged to his long time partner Samantha Ruth Prabhu at a private ceremony in Hyderabad on January 29, 2017. The event was attended by just close relatives from Akkineni family and a few big stars. The engagement was announced by the proud father on the social network.

Nagarjuna tweeted, “It’s official now. My mother is my daughter now. Couldn’t be happier!!” . The superstar was clearly happy with the new union as both his sons are now ready to get married. Chaitanya’s sibling Akhil got engaged to Shriya Bhupal in 2016 and also expressed his happiness on social network and Tweeted, “My brother and my new sister! I’m the happiest thammudu in the world. Love you guys !”.

Actress Samantha replied to the Tweets and thanked everyone for their wishes, “Thankyou for all your love . Makes us feel so so special .. thankyou @chay_akkineni.” Reports say that Samantha and Chaitanya will get married in 2017. The wedding of Nagarjuna’s son is the most awaited wedding in the Industry.

For those who did not understand why Nagarjuna called Samantha his mother in his Tweet, it was Samantha who played the role of Nagarjuna’s mother in a different life in the movie ‘Manam’. The movie had three generations from the legendary ANR family.