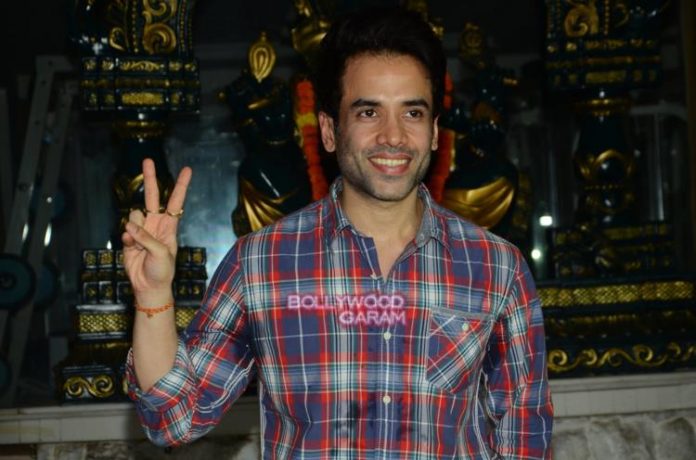 Latest Updates from Shor In The City!

Bollywood actor Tusshar Kapoor, who had played shy roles in most of the films till date, will now be seen in a love making scene in his upcoming movie ‘Shor In The City’. The actress starring opposite Tusshar is Radhika Apte, who is playing the role of his wife in the movie.

For the movie, Tusshar has managed to shed his shy boy image and instead opted for a smoking hot love making scene. The ‘Golmaal’ actor will reportedly be seen undoing Radhika’s blouse and will also be seen watching her undress in front of him. A sure surprise for all of Tusshar’s fans!

In the movie, Radhika and Tusshar are a middle class husband and wife who live in a ‘chawl’. When Tusshar was asked about his new role and if he felt embarrassed doing the scene, he said that he had no problems at all in doing the intimate scene, as he has now gained experience. Moreover, the actor also has a good rapport with Radhika off screen.

Tusshar added that he did not have any difficulty in doing the scenes as he had shot for even more steamier scenes for the movie ‘Dirty Picture’. Crew members of the film have said that there is definitely something brewing between Radhika and Tusshar as they don’t seem like just friends. On the other hand sister. Ekta Kapoor allegedly wants Tusshar to get married to Vidya Balan.