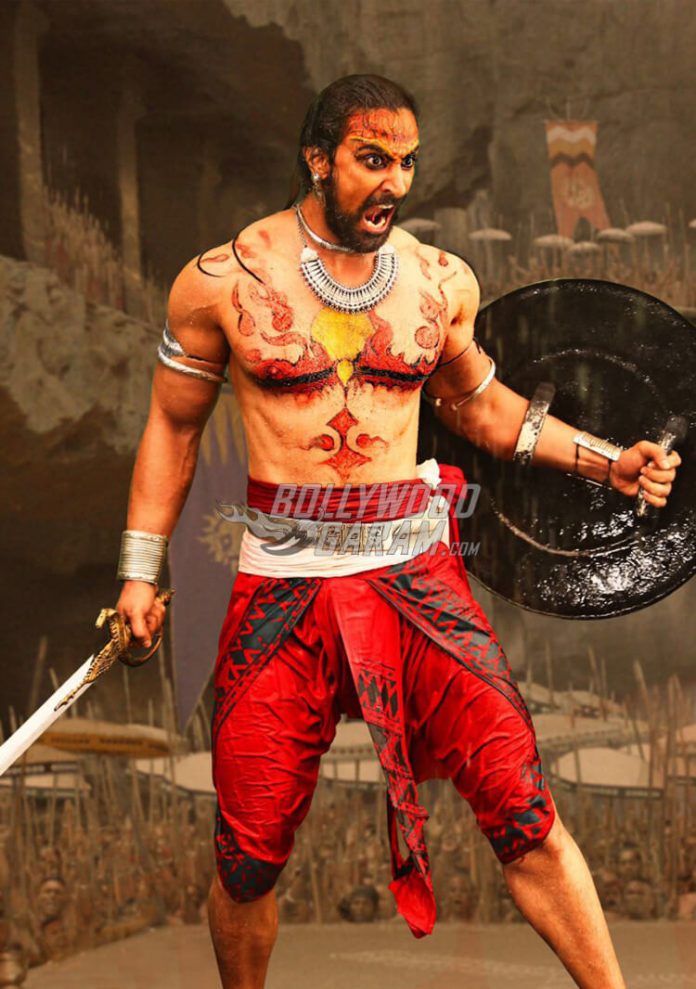 Woah! Is that really Kunal Kapoor?

Presenting, a surprising and unrecognizable look of Kunal Kapoor from his upcoming Tollywood movie, Veeram.

The talented actor was last seen in the movie Dear Zindagi, and seems to have gone under drastic transformation for his lead role in Veeram. In this new look, released today, Kunal looks completely different from anything that we have seen on screens before.

Veeram is an upcoming Indian epic historical drama film written and directed by Jayaraj. It is an adaptation of William Shakespeare’s play, Macbeth, and is the fifth installment in Jayaraj’s Navarasa series. The film, which also takes inspirations from the Vadakkan Pattukal (Northern Ballads) of North Malabar region in Kerala tells the story of Chandu Chekavar  (Kunal Kapoor), an infamous warrior in the 13th century North Malabar.

The entire cast of Veeram includes Kunal Kapoor, Himarsha Venkatsamy, Divina Thakur, Ketaki Narayan, Shivajith Nambiar and is made with a humungous budget of Rs. 350 crores!

The official movie teaser for Veeram was unveiled on 24 October 2016, and it seems like the movie’s going to be a huge blockbuster by the looks of it! Check it out –

The movie will be released in Malyalam, English and Hindi.

Stay tuned for an honest movie review of Bollywood and Tollywood films, only on Bollywood Garam.