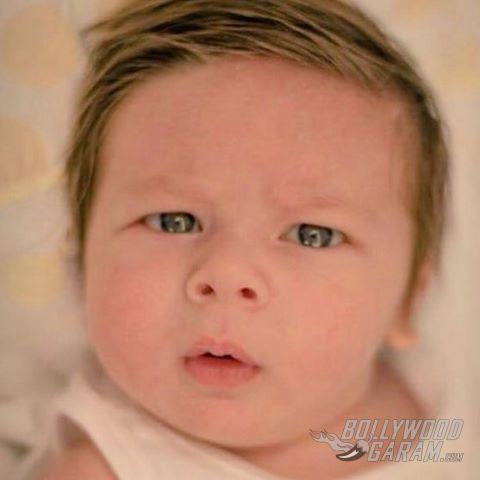 Bollywood couple Kareena Kapoor and Saif Ali Khan’s son Taimur Ali Khan made news the moment he was born on December 20, 2016. Soon after the birth, pictures of Kareena and Taimur started trending on the internet. Another picture of the royal baby has surfaced and once again has taken the internet by storm. Check out this cute instagram post by Kareena Kapoor –

The latest picture of baby Taimur shows a handsome little boy with golden hair, grey eyes and a pout that probably come from his mother Kareena. The proud mother also commented on the post saying, “Taimur is the most beautiful baby this side of the equator.”

Later, she even posted a collage of a baby picture of father Saif Ali Khan along with Taimur’s photo, check it out –

The two month old baby in the picture has given a puzzled look and has surely left everyone awwwing over his adorable expression. The picture is all over the internet and is flooded with comments, see for yourself!

The baby also made news for the name that was given to him by his parents. Many internet goers criticized for selecting a name that was too outdated or old fashioned in a time when people think of modern names for their babies.

Kareena and Saif got married in 2012 in a private ceremony in Mumbai. Taimur is the couple’s first child. The actor was earlier married to Amrita Singh with whom he has two children Sarah and Ibrahim. The two were in a live-in relationship with the consent of the elders of both the families after which they decided to get married.

On the work front, Kareena is currently preparing to get back to work and will soon start shooting for the upcoming movie ‘Veere Di Wedding’. The actress also returned to the Lakme Fashion Wee Summer/Resort 2017 as she turned showstopper for designer Anita Dongre.