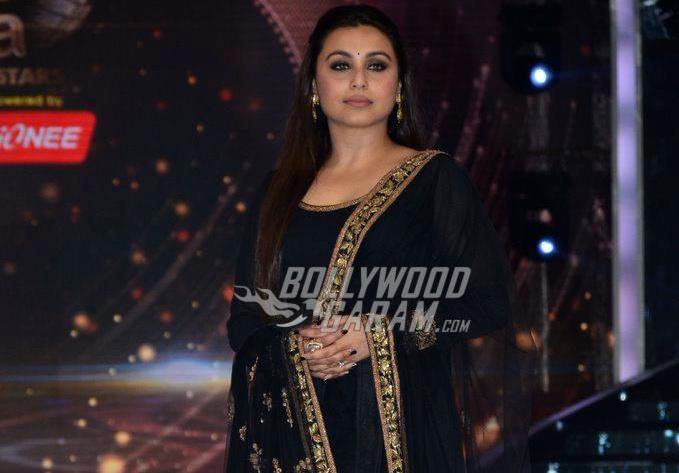 Bollywood actress Rani Mukherjee embraced motherhood after giving a power packed performance in the movie ‘Mardaani’. The actress is now all set to return to the big screen.
Rani will be seen in the upcoming movie ‘Hichki’ under the banner of Yash Raj Films and will be directed by Siddharth P Malhotra. The actress will be seen playing a positive role of a woman who turns her biggest weakness in to her biggest strength.
Rani, in an interview said, “I was looking for a script that would challenge and excite me, and ‘Hichki’ came my way. Each of us has a weakness that pulls us back. It could be a disability or any condition but if we just look at it as simply a hiccup, we can emerge as a winner. It won’t come in the way of achieving our dreams. ‘Hichki’ is built on this positive premise and I decided to take it up.”
The movie is produced by Maneesh Sharma who has also produced movies like ‘Dum Lagake Haisha’ and ‘Meri Pyaari Bindu’. Siddharth has directed the movie ‘We Are Family’ and this is the first film for him with Yash Raj Films.

Rani Mukherjee was one of the leading actresses in the 90s and early 2000s, starring in many hit Bollywood films. Later, she began appearing fewer times on the big screen, only making cameo appearances for her good friend, producer-director, Karan Johar. Her personal life and relationship with Aditya Chopra was kept under wraps for a long time, and the exact date of their wedding wasn’t even announced to the media. After being out of the media radar for a while, reports began emerging that the ‘Kuch Kuch Hota Hai’ actress became a mother!

Like a number of Bollywood heroines, it’s good to see Rani making a much-awaited comeback to movies and we can’t wait for the release of ‘Hichki’!
Photo Credits: Viral Bhayani