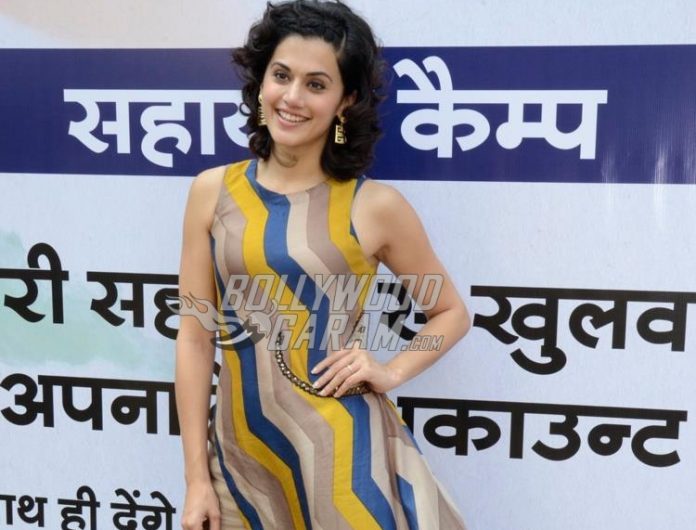 Taapsee Pannu’s emotional side to be seen in Rozana from her upcoming movie, Naam Shabana

Makers of the movie Naam Shabana have released a new track Rozana from the movie which stars Taapsee Pannu and Prithviraj Sukumaran in lead roles.

Taapsee Pannu delivered an impressive performance in ‘Baby’ and is now all set for the release of her upcoming movie – Naam Shaban. The trailer of the movie has managed to impress everyone with some high octane performance from Taapsee and features sensational cameos from Akshay Kumar and Anupam Kher.

Rozana shows the personal and emotional side of the character that Taapsee plays. The actress has done well in terms of showing emotions of being ruthless and finding it tough to express her affection towards her loved ones. The song is sung by Shreya Ghoshal and has been composed by Rochak Kohli.

Watch the entire official video of the song Rozana, here –

Taapsee has had two movie releases so far in 2017, The Ghazi Attack and Running Shaadi but Shivam Nair’s Naam Shabana is one of her most anticipated releases.

Naam Shabana also stars Danny Denzongpa and is all set to hit the theatres on March 31, 2017.