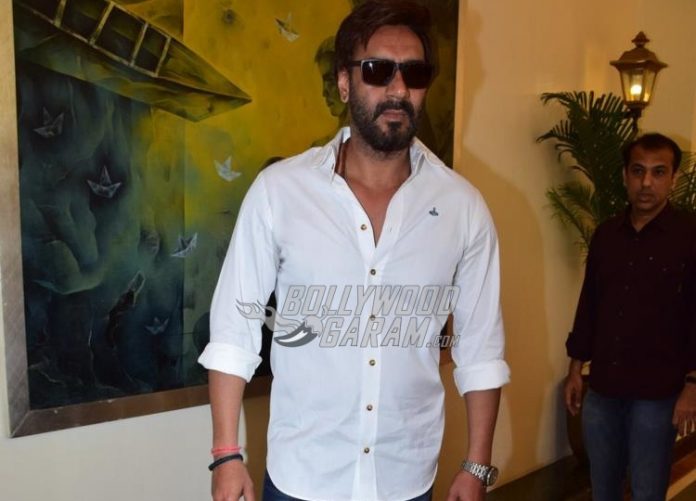 In some good news for the fans of the hit comedy Golmaal series by Rohit Shetty, the team is back again for the fourth instalment, Golmaal Again. Bollywood star Actor Ajay Devgn revealed the cast of the upcoming movie with a couple of pictures on Rohit Shetty’s birthday.

Birthdays should be mad fun and glorious…a lot like our Golmaal family. Happy Birthday Rohit! pic.twitter.com/ZmXH5mR3Cx

And by what has been revealed through the first images of the stellar cast for Golmaal Again, we will be seeing Ajay Devgn, Tusshar Kapoor, Arshad Warsi, Shreyas Talpade, Kunal Khemu, Parineeti Chopra and Tabu on the big screen soon enough! The co-stars posed together decked in an all-black ensemble, with their famous creator, Rohit Shetty.

Ajay Devgn has been a part of the cast since the first movie of the franchise. The picture posted by the Shivaay actor saw the entire cast together after what seems like an eternity. Golmaal Again is expected to hit theatres during Diwali 2017.

The production of the movie began way back, in July 2016. Details on Golmaal Again has been kept under wraps for all this time, but it seemed like an ideal time to let fans know about the impending comedy film, on Rohit Shetty’s birthday.

The movie will also see Neil Nitin Mukesh and Sanja Mishra. The film will also mark Ajay’s tenth venture with Shetty. Ajay has earlier worked with Rohit for the movies Zameen, Sunday, Golmaal (2006), All The Best, Golmaal 3, Singham, Bol Bachchan and Singham Returns. Filmmaker Rohit is known for his action-packed films that include hints of comedy and a lot of entertainment for viewers. Rohit has also directed Chennai Express which starred Deepika Padukone and Shah Rukh Khan.

Here’s wishing the dapper Rohit Shetty on his birthday and looking forward for some more dhamaal with Golmaal Again!