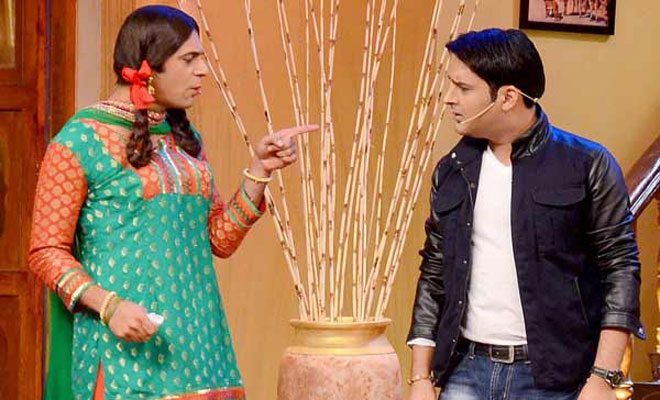 Kapil Sharma confessed he had an argument with Sunil Grover

Actor and comedian Kapil Sharma finds himself in the news for a lot of controversial reasons. Recently, he managed to make it to the entertainment section of tabloids for his appearance on Koffee With Karan where he spoke about drunk tweeting and his secret love life.

But now, he finds himself once again at the centre of another controversy. It seems that Kapil Sharma and his co-star, actor Sunil Grover were engaged in a brawl that ended up with the two sparring while on-air for The Kapil Sharma Show. Sources have revealed that the argument got so heated, that Kapil ended up grabbing Sunil by the collar!

However, thanks to the crew that was on-hand at the time of the alleged incident, they managed to separate the two and get things under control. It has also been revealed by sources that Sunil Grover decided to walk out of the show. Kapil Sharma was later questioned about the incident, to which the comedian rubbished rumours and explained that co-star Sunil was actually busy shooting for another show, and the whole situation would be clarified once he got back. When the comedy host for pressured for a more clear response on the future of The Kapil Sharma Show, he said, “There is nothing like he is quitting the show. This is our show, not mine alone. I always believe in team work. I work without any contract with my team because they love me and I love them.”

The Kis Kisko Pyaar Karoon star added that sometimes when actors are working together for a long time, things tend to happen and egos start to clash, so the public shouldn’t make an issue out of it. After this hullabaloo was leaked to the press, Kapil Sharma went to social media to write a long post, trying to clarify the situation with fans.

This is not the first time that both Kapil and Sunil have been at loggerheads. The two had a fall-out earlier when Kapil had famously left a competitive television channel to start his own self-titled show on Sony TV. Sunil later quit Comedy Nights With Kapil on Colors due to creative differences occurring between him and the famous host. However, the two had buried the hatchet and soon Sunil Grover was working on The Kapil Sharma Show.

We hope these two comedy geniuses will once again resolve their issues and get back to entertaining us!