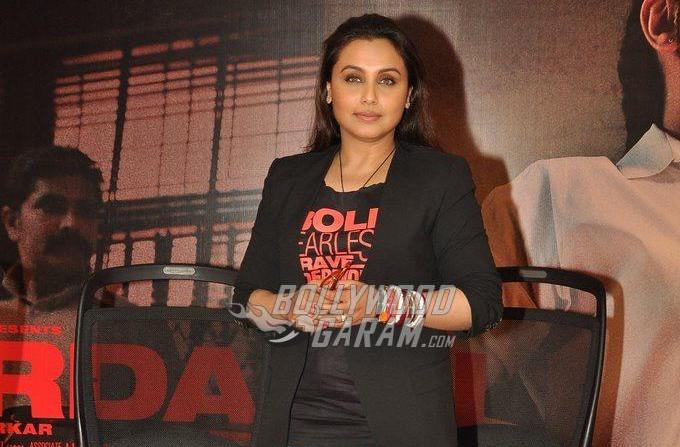 Rani Mukherji opens up about personal and professional life

Bollywood veteran actress Rani Mukherji celebrates her 38th birthday on March 21, 2017. The actress was on Facebook live chat a day prior, on March 20, 2017. The usually private and reluctant star opened up to fans in a rare interview on the social media platform. Rani, during the interview, talked about her experience on motherhood and her daughter, Adira who she had with husband, filmmaker Aditya Chopra. During the live chat, the actress also explained why her daughter’s pictures have not been made public so far.

Rani, while talking about husband Aditya Chopra, said that he is a very private person and she respects that. The Saathiya actress is not on social media herself, and used the official Facebook page of Yash Raj Films to chat with her fans. Rani also answered questions about her personal and professional life. While talking about her birthday, the actress shared that she plans on celebrating the happy occasion with her family at their sprawling home in Mumbai.

Rani also shared that the last two and a half years have been the happiest phase of her life as a mother as she enjoys watching Adira grow and reach new milestones everyday. The actress got married to Aditya on April 21, 2014 in a private ceremony in Italy. Rani gave birth to daughter Adira on December 9, 2015. Throughout her phenomenal career in Bollywood, she has managed to keep her private life out of the spotlight. While her contemporaries are glad about sharing their personal lives with their fans, Rani has maintained her privacy. Her career began with Kuch Kuch Hota Hain opposite Shah Rukh Khan and Kajol. She regularly makes cameo appearances in Karan Johar’s movies as he counts her as his “lucky charm”. The talented actress was last seen in the movie Mardani and is planning to make a come-back in movies under her husband’s production banner.