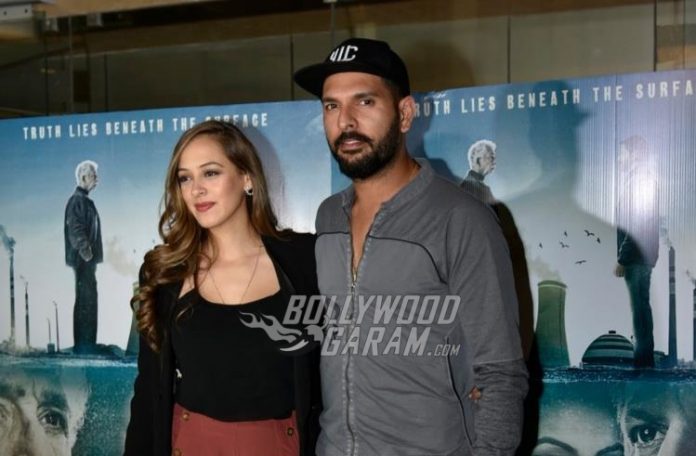 The makers of the dance reality TV show Nach Baliye 8 are expected to make things even more exciting for the audience this time around. Divyanka Tripathi and Bigg Boss contestant, Mona Lisa have already made it to the list of celebrity contestants for the eighth season. And the latest news creating a buzz is that the show might rope in Indian cricketer Yuvraj Singh and his wife, Hazel Keech as wild card entrants this season. The couple got married on November 30, 2016.

With big names like Divyanka and Mona Lisa, who will be contesting with their respective partners, the addition of Yuvraj and Hazel might make things a lot more interesting.

This might also prove to be a big challenge for the existing contestants. Hazel might know how to shake a leg, but everyone’s attention will be on Yuvraj and how he manages to pull those dance moves off on stage. No one really knows if the Indian celebrity cricketer knows how to werk it on the dance floor, so this should be interesting. Of course, guided by his ladylove, he may do a great job!

Comedian Bharti Singh and partner Haarsh Limbachiyaa, Sanaya Irani and Mohit Sehgal are the other contestants on the show and are expected to heat things up and give tough competition to their competitors.

The show will be judged by Bollywood actress Sonakshi Sinha, choreographer Terence Lewis and filmmaker Mohit Suri. The upcoming season of the celebrity dance reality show is already off to a good start and in a matter of time, the entire list of contestants should be announced.