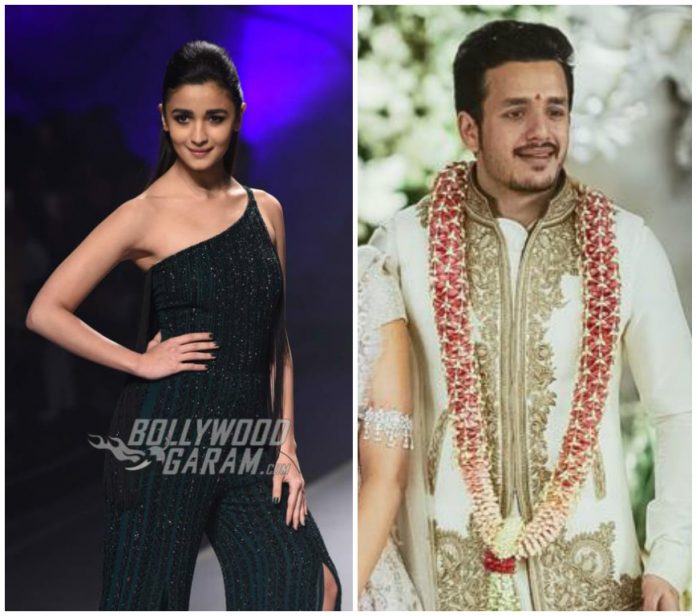 Tollywood superstar Nagarjuna’s son Akhil Akkineni is leaving no stone unturned to ensure the success of his second movie, which will be directed by Vikram Kumar. shooting for the untitled film was supposed to begin long back but due to unknown reason, it’s shooting got delayed indefinitely.

While initially, Megha Akash was roped in to star opposite Akhil, she dropped out of the project due to other on-going professional commitments. Now Akhil is in a dilemma and is trying to pursued his contacts in Bollywood to rope in Alia Bhatt for his second film.

If the grapevine is to be believed then the actor has already gotten in touch with Karan Johar and has even requested father Nagarjuna to discuss matters with Mahesh Bhatt, as the two have worked together previously and are friends.

After Akhil Akkineni’s debut film bombed at the box office, father Nagarjuna has taken matters into his own hands to ensure a successful begining of his career. He will be producing Akhil’s second movie.

According to sources of the Deccan Chronicle,“It’s still not known whether the actress has thought about the project, but Akhil is trying his luck through Karan Johar and his father’s contacts. Nagarjuna and Mahesh Bhatt are also good friends as they worked together earlier for a film.”

If Alia indeed takes up the project, then it will be her first Tollywood film. Stay tuned for more updates only on Bollywood Garam!