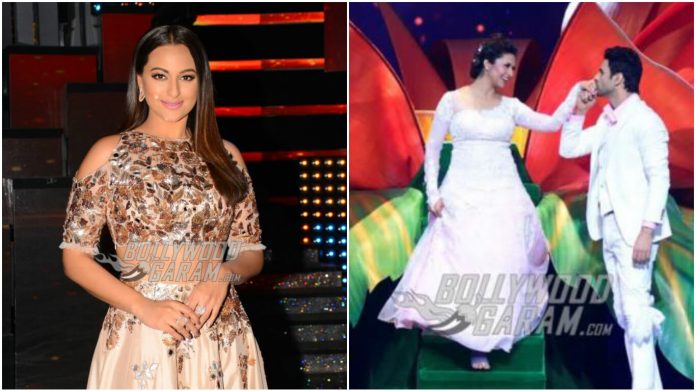 The first episode of Nach Baliye 8 was recently shot and is slated to air on Star Plus on Sunday, April 2, 2017. While shooting for the episode, judge Sonakshi Sinha revealed that her mother Poonam Sinha is a die hard fan of contestant Divyanka Tripathi and her TV show, Yeh Hai Mohabbatein.

“My mother is a huge fan of Divyanka. She loves her performance in Yeh Hai Mohabbatein and looks upon Ishi Maa’s character on screen and catches her episodes whenever she spares time,” said Sonakshi Sinha, as reported by leading daily, Indian Express.

On learning this, actress Divyanka said that she would love to meet Sonkashi’s mother sometime.“I hope I can have her on one of the episodes, seek her blessings in person and get a chance to share the stage with her,” said Divyanka, as reported by Indian Express.

Sonakshi Sinha will be seen on the judge’s panel along with director Mohit Suri and ace choreographer, Terence Lewis.