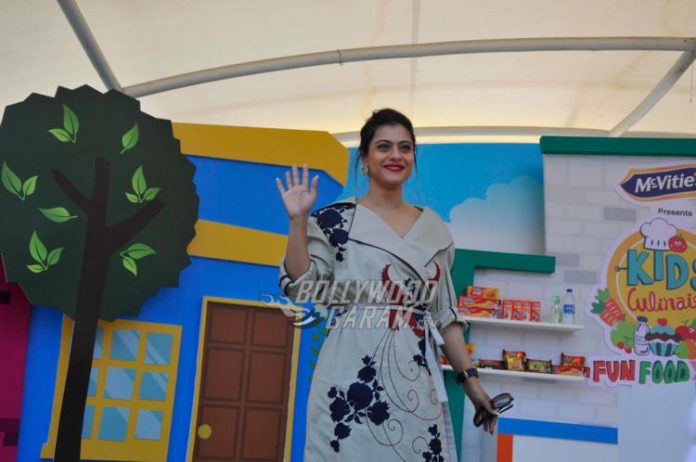 Indian actress Kajol is ready to make her come-back to the Tamil film industry with the movie Velaiilla Pattadhari 2, also known as VIP 2. The upcoming Tamil movie stars Dhanush in the lead role along with Samuthirakani, Amala Paul, Saranya Ponvannan.

VIP 2 is directed by Soundarya Rajinikanth and is ready to hit theatres in June 2017. Kajol, in an interview, talked about her experience and said that it was Dhanush who had convinced her to take up the role. The Dilwale Dulhaniye Le Jayenge actress said, “It was all because of Dhanush and Soundarya Rajinikanth (director), who really made me feel comfortable. In fact, the convincing point was that 50 per cent of my dialogues would be in English. So, I was stress-free.”

Kajol could not talk anything about her role in the movie as the makers have given her strict instructions not to reveal more than what she should to the inquisitive media. However, the actress just said that the audience will get to see her in a very different role. Kajol, in recent times has been doing very less movies as she spends most of her time with her daughter Nysa and son Yug.

And in related news, the veteran actress was asked about her take on former BFF Karan Johar’s new babies. Yash and Roohi just arrived home, and are being welcomed by a number of stars from the film fraternity. Would Kajol set her personal issues with the producer-director aside and meet his children? The actress very diplomatically dodged that question from the media and instead chose to keep mum.

Anyway, it’s great to have Kajol work on a South Indian film. We’re sure she’s going to be a big hit with the audience!