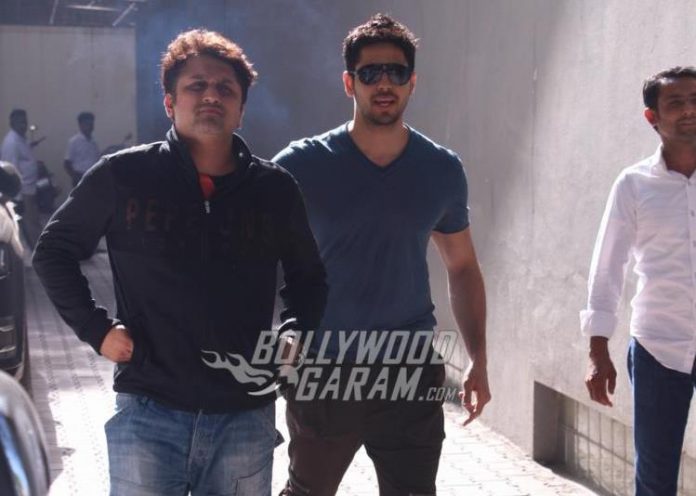 Sidharth Malhotra has been roped in for Neeraj Pandey’s upcoming movie Aiyaary, due to hit the theatres in January 2018

Bollywood star Sidharth Malhotra has become a busy actor these days. The Student Of The Year actor was recently seen with director Neeraj Pandey in Mumbai on April 7, 2017. Sidharth and Neeraj have teamed up for an upcoming thriller Aiyaary, which will release on January 26, 2018.

Sidharth was his casual self, yet looked dapper in a t-shirt, cargo pants and a pair of glares. Director Neeraj too looked cool in a black pullover and denim shorts. The makers have already released a poster and a motion poster of Aiyaary which also stars Manoj Bajpayee.

Not much has been revealed about the story but Sidharth, in an interview, said that he would be playing the role of an army espionage agent. “I am really thrilled to work with Neeraj as he always brings an element of reality to his content. It is going to be very interesting, looking forward to start shooting”.

The story talks about the relationship between a protégé and a mentor. Director Pandey likes to shoot at real locations and hence will be shooting at the picturesque locations of Kashmir, London and Delhi. Aiyaary is scheduled to hit theatres in January 2018. Sidharth was last seen in the movie Baar Baar Dekho and has a number of projects lined up for 2017 and 2018.

The handsome actor was most recently spotted at former director Karan Johar‘s residence on multiple locations to visit the new additions to the Johar family – Karan’s twins, Yash and Roohi.