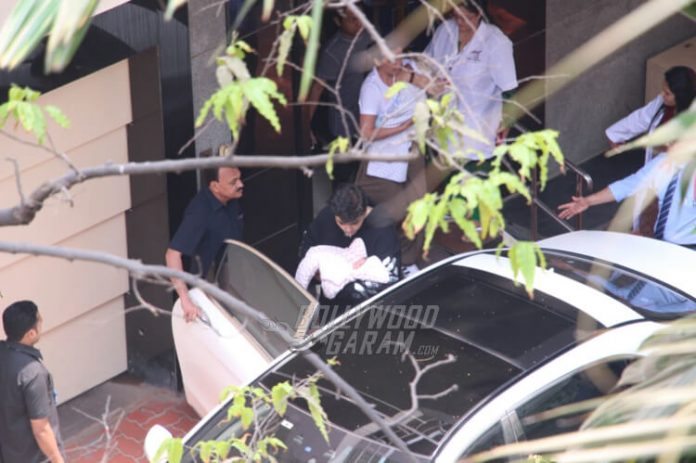 Since the joyful announcement, Bollywood has been pouring in with only good wishes for the new proud father of two! Karan Johar birthed the twins through artificial insemination with a surrogate mother. However, the identity of the contributing mother who played surrogate, has been keep secret and will probably never be revealed.

Sidharth Malhotra and Varun Dhawan both made their debut in Karan Johar’s hit movie, Student Of The Year. They have been friends ever since, with Sidharth going on to date his other co-star from the same movie, Alia Bhatt. Meanwhile Varun Dhawan and Alia Bhatt starred in this year’s first big hit, Badrinath Ki Dulhania, which was also produced by Karan Johar.

The Koffee With Karan host isn’t the first celebrity to receive children through a surrogate. Aamir Khan and wife Kiran Rao became the proud parents of Azad Rao Khan through the same procedure. Artificial insemination has become a popular trend for those who really want to become parents and find it difficult to conceive on their own for various reasons.

Varun Dhawan is riding high after the recent success of Badrinath Ki Dulhania. As the actor expressed earlier, he is already working hard on another film with his father, the filmmaker David Dhawan. Titled Judwaa 2, the star has already started shooting for it and will be in the United Kingdom for the next 40 days to complete it. And his co-star, Sidharth Malhotra has been keeping a low profile since the media has been hounding him with questions about his personal life with Alia Bhatt.