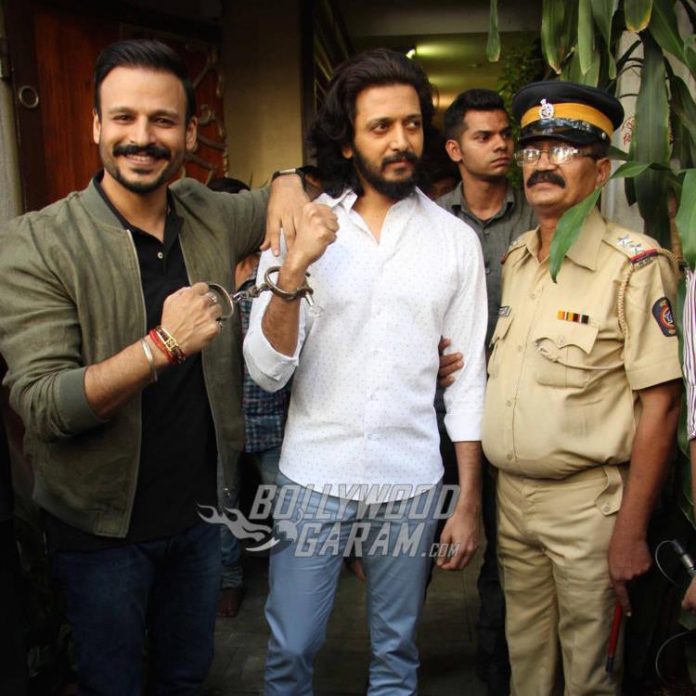 Actors Riteish Deshmukh and Vivek Oberoi have begun their promotional spree for their upcoming movie Bank Chor. The actors were seen promoting their movie in Mumbai on April 7, 2017. The makers recently released a motion poster of the flick which shows Vivek firing a gun. The upcoming movie is directed by Bumpy and also stars Rhea Chakraborthy. Vivek and Riteish will be seen sharing the screen space once again after the hilarious Masti franchise. The entire movie spans around just one day and narrates the unfortunate series of comical error unleashed when three friends decide to rob a bank, but chose the worst day possible to do so. The film has entirely been shot at Mehboob Studios, Mumbai. Bank Chor surely looks promising and the audience cannot wait to see Vivek and Riteish on the silver screens together.