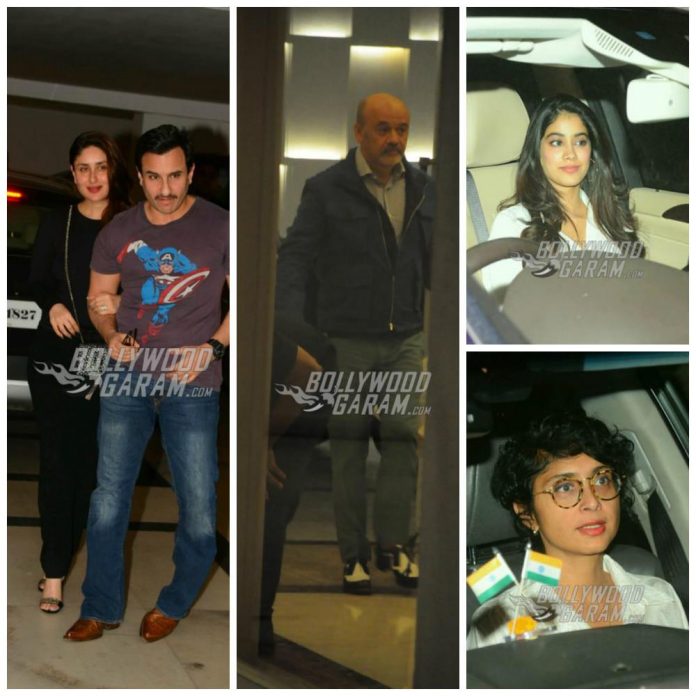 Bollywood filmmaker Karan Johar hosted a grand bash in honor of French designer Christian Louboutin at his residence in Mumbai on April 9, 2017. Louboutin is currently in Mumbai as a part of his annual visit to two of his stores in India. The designer has also planned to meet Indian designer Sabyasachi Mukherjee to plan a collaboration for the third consecutive year.

It was refreshing to see upcoming actress Jhanvi Kapoor mingling with top Bollywood celebrities at the party. Jhanvi looked gorgeous in a white outfit with minimal make-up. Kareena Kapoor and Saif Ali Khan were seen arriving together and posed for the shutterbugs. The Jab We Met actress carried a casual look with no make-up while husband Saif too went the casual way in a t-shirt and denims. Apart from Jhanvi Kapoor even Saif Ali Khan’s daughter will soon be making it to the silver screens with Karan Johar’s next, Student of the Year 2.

We hope you enjoyed the gallery, stay tuned for more updates on your favorite celebrities only on Bollywood Garam.