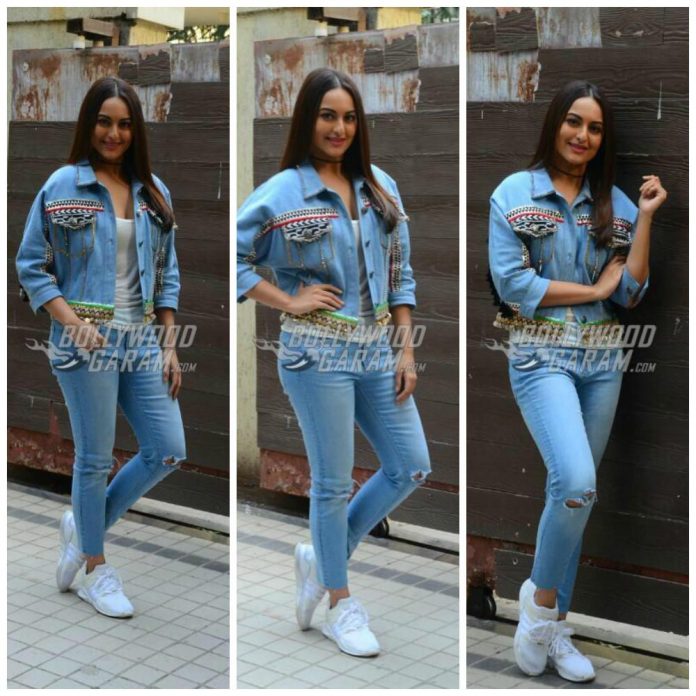 Indian actress Sonakshi Sinha is busy promoting her upcoming movie Noor which is ready to hit the theatres on April 21, 2017. Sonakshi appeared in an all denim look with straight hair and white sneakers. The actress will be seen playing the role of a journalist and the movie is based on the Pakistani novel Karachi! You’re Killing Me which is written by Saba Imtiaz. The movie is helmed by Sunhil Sippy and is produced by Bhushan Kumar, Krishan Kumar and Vikram Malhotra.

Noor also stars Kanan Gill, Shibani Dandekar and Purab Kohli. Actress Sunny Leone will also be seen in a cameo. Amaal Mallik has composed seven tracks for the flick while the lyrics are penned by Manoj Muntashir and Kumaar.

Sonakshi was last seen in the movie Force 2 and is also preparing for her upcoming movie Ittefaq which is directed by Abhay Chopra and produced by Karan Johar and Gauri Khan.