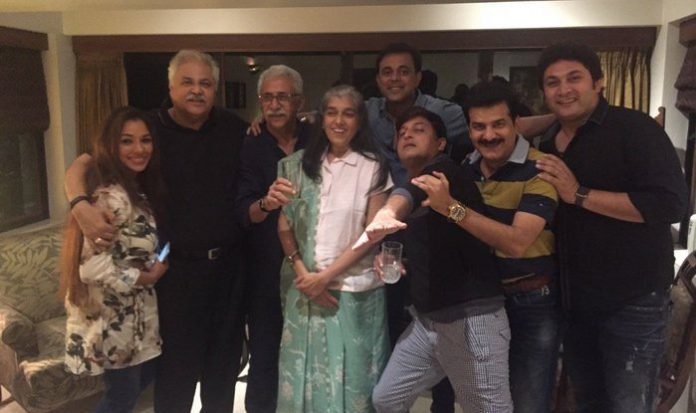 Popular series Sarabhai Vs Sarabhai is once again ready to entertain audiences as a web series on HotStar. Some recent reports claim that the popular sitcom is ready to return to Television after being aired on the digital platform. However, show makers JD Majethia and Aatish Kapadia, have clarified that they have no intentions of airing it on television.

While talking to the media JD Majethia said, “As of now Sarabhai shall be airing only on the digital platform and have nothing in mind to get in onto the TV medium.” The producer recently posted a Facebook live video introducing all the old and new characters of the show which will soon be streamed as a web series. The video crossed 2.4 million views in just 24 hours which show how excited audiences are!

Actors Satish Shah, Ratna Pathak, Sumeet Raghavan, Rupali Gaguly and Rajesh Kumar will once again be seen in the crazy comedy series Sarabhai Vs Sarabhai. The show is returning after a gap of seven years and the actors have assured that the fun will be seven times better this time. The crazy Sarabhai family has now shifted to a lavish penthouse and Monisha and Sahil are now parents to a child. The series is expected to begin streaming from May, 2017.