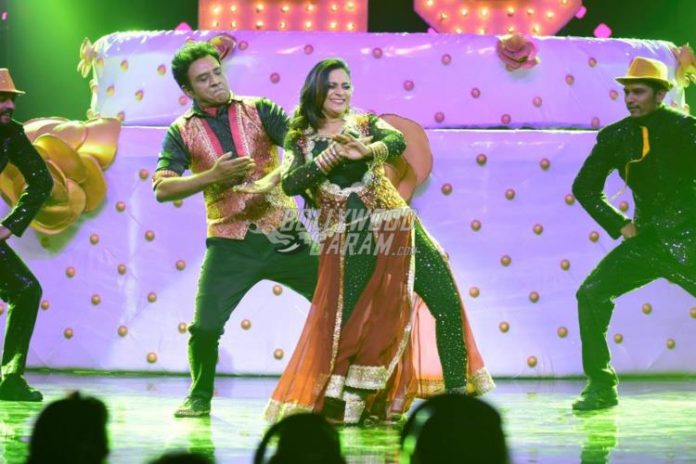 Two weeks down and the audience of Nach Baliye 8 were treated with some mesmerizing, fun and outstanding performances from the celebrity couples. Now that the show has entered the third week, it is time to say goodbye to one of the participating celebrity couples during eviction time. So far, all the celebrities on the show have worked hard and displayed their best dancing skills on the dance floor.

Celebrity couple Utkarsha Naik and husband Manoj Verma have got the lowest scores so far, and have insufficient audience votes as well. Last week it was Sanaya Irani and Mohit Sehgal who got low scores from the judges. Mohit forgot his dance steps during the performance due to which they suffered the loss of points. However, the couple got saved due to their popularity among the audience.

Divyanka Tripathy Dahiya and Vivek Dahiya are one of the best couples on the show and are also popular among the audience. Comedian Bharti Singh and writer Harsh Limbachiyaa are also a part of the show but have managed to survive due to their popularity and antics they put on while on the show. Their first performance on a romantic track left the audience awestruck. Meanwhile the judges of the show Sonakshi Sinha, Mohit Suri and Terence Lewis have a big responsibility of giving fair scores to the couples. Each and every couple on the show is popular and have worked hard so the judges and audience are surely going to have a tough time selecting the best.

The show Nach Baliye has returned after 2 years and is in the 8th season now. The format of the show has real life celebrity couples competing with each other for the final winning trophy. The show airs every Saturday and Sunday at 8 PM on Star Plus.