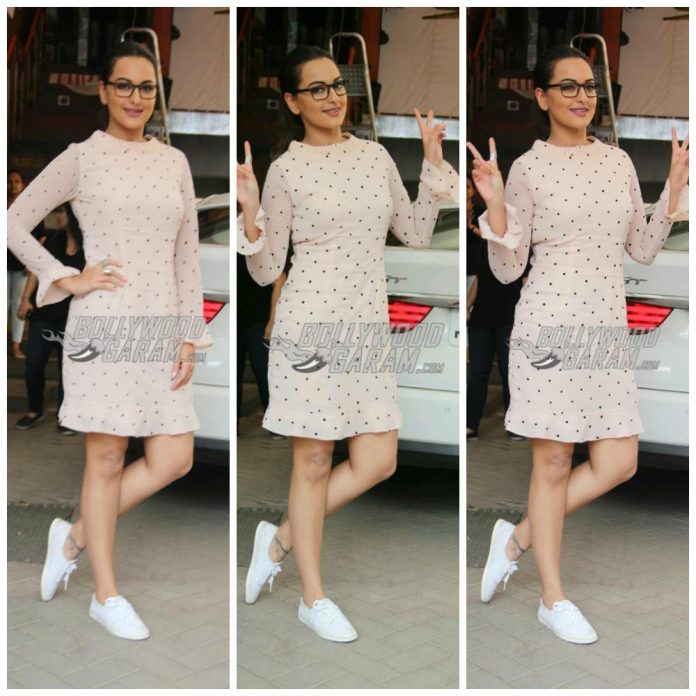 Bollywood diva Sonakshi Sinha has become a busy lady. A trendy Sonakshi was seen at Junkyard Café in Bandra, Mumbai on April 13, 2017. Sinha looked absolutely refreshing in a polka dotted pink outfit with white sneakers and an overall geeky look.

The Dabangg actress is currently busy judging the celebrity dance reality show Nach Baliye which is currently in its 8th season. Sonakshi is accompanied by Terence Lewis and Mohit Suri on the judging panel. The 29 year old actress is simultaneously also promoting her upcoming movie Noor which is ready to hit the theatres on April 21, 2017. Sonakshi Sinha is also filming for another project Ittafaq which also stars Sidharth Malhotra and Akshaye Khanna in lead roles.