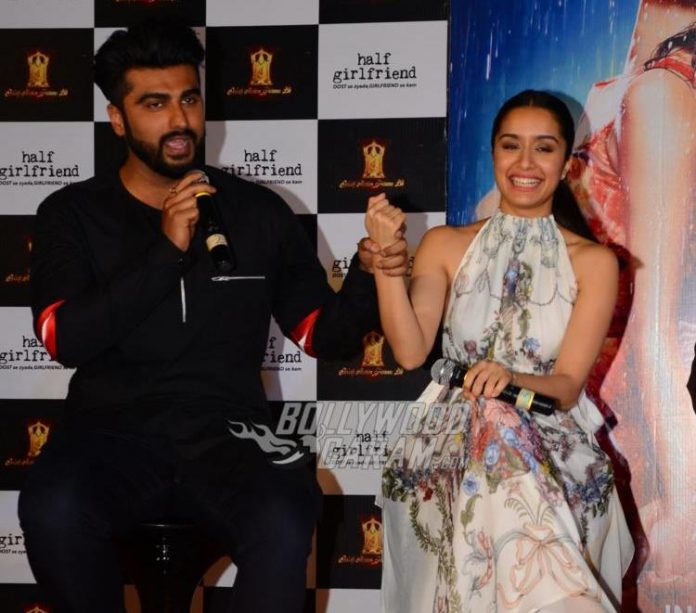 Makers of Half Girlfriend have released a new song Main Phir Bhi Tumko Chahunga from the flick on April 18, 2017. The song is about the budding romance between the characters Madhav and Riya. The track begins with Riya’s growing fondness towards Madhav and how eventually they are separated.

The song is sung by Arijit Singh and Shashaa Tirupati, while the lyrics have been written by Manoj Muntashir. Main Phir Bhi Tumko Chahunga is composed by Mithoon who has managed to deliver the feel of the situation through the track. Surprisingly, writer Manoj Muntashir did not want his lyrics to be used for Half Girlfriend and requested Mohit Suri to not use it! In an interview with leading daily DNA, Manoj Muntashir revealed that he had written the nazm 16 years ago in Kashmir. “At the time, I was writing for the TV show Yatra. I was missing my wife Neelam a lot and wrote it sitting by the Dal Lake. When Mohit told me he wanted it for Half Girlfriend, I was adamant that it could not be converted into a regular Bollywood song. Mohit told Mithoon to compose the music and it was beautiful. The credit has to go to Mithoon for bringing it to to Mohit’s notice.”

The first song that was released from the flick was Barish, which failed to make an impact on the listeners but the new track unveiled has given the perfect feel of a Mohit Suri film. Half Girlfriend is an upcoming romantic drama based on Chetan Bhagat’s book with the same name.

The film is directed by Mohit Suri and produced by Shobha Kapoor, Ekta Kapoor, Mohit Suri and Chetan Bhagat. The movie also stars Vikrant Massey, Rhea Chakraborthy and Seema Biswas and is all set to hit the theatres on May 19, 2017.