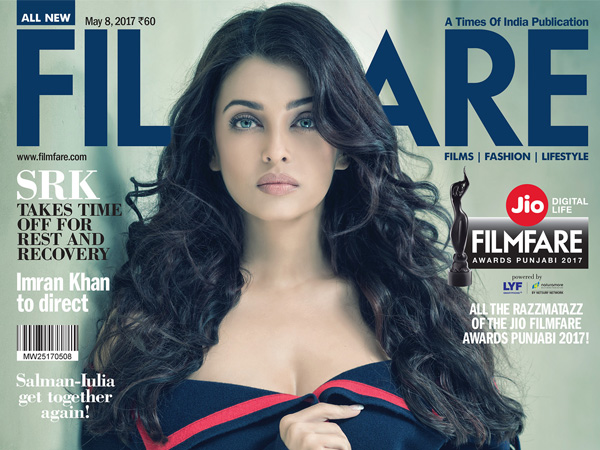 Bollywood actress Aishwarya Rai Bachchan has never failed to leave her fans heaven struck with her looks. The Ae Dil Hai Mushkil actress once again won hearts with her gorgeous appearance on the cover of Filmfare magazine.

The recent issue by Filmfare talks about woman power in Bollywood and Aishwarya has represented the woman power with her confident pose. The Dhoom 2 actress can be seen wearing a oversized navy blue jacket with open hair and minimum make-up.

Aishwarya Rai Bachchan is in a phase when she is recovering after the death of her father Krishnaraj Rai. On the work front, the actress was last seen in Ae Dil Hai Mushkil and will be seen in the upcoming movie Baadshaho by Milan Lutharia. The movie also stars Ajay Devgn, Ileana D’Cruz, Emraan Hashmi and Esha Gupta.

Aishwarya has also signed another project by Sujoy Ghosh which is yet to be titled. The actress is also expected to play the lead in the biopic of the late politician Jayalalitha. So far nothing has been officially announced but if this works it will surely be a treat for the audience to watch Aishwarya play the magnificent Jayalalitha and her reign over politics and films.