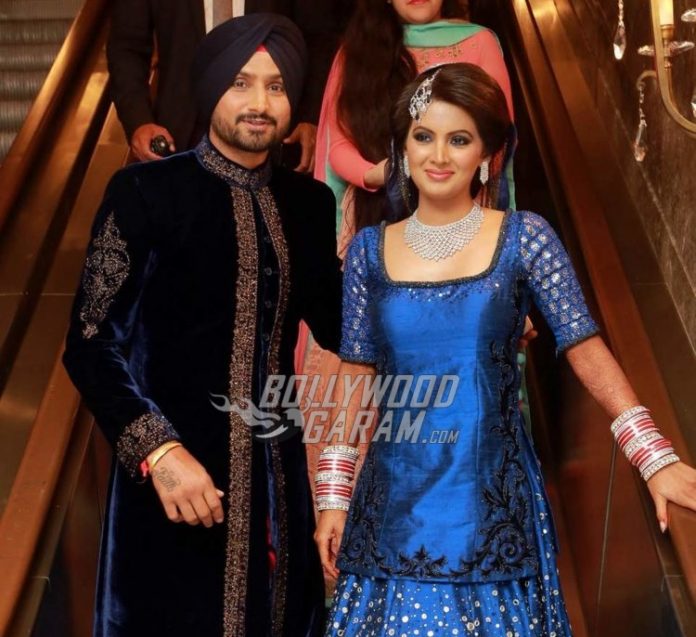 After an amazing line up of celebrities on the fresh season of Nach Baliye, another real life couple is ready to set the stage ablaze with their presence. Cricketer Harbhajan Singh and wife Geeta Basra are expected to join the contestants on the show as guest performers. Earlier reports had claimed that Yuvraj Singh and Hazel Keech would be a part of the show, but Hazel, in an interview with a leading daily, clarified that they would not be a part of Nach Baliye 8.

Everybody knows Geeta as a good dancer and even Harbhajan has earlier proved his skills on the show EK Khiladi Ek Haseena. The Indian cricketer has also earlier grooved on The Kapil Sharma Show as well. Geeta and Harbhajan got married on October 29, 2015 and together they have a daughter, Hinaya Heer.

It will be exciting for the audience to see Geeta and Harbhajan shake a leg with other contestants. Nach Baliye 8 has been riding high on the TRP charts with some of the most popular real life celebrity couples. Some of the most popular couples include Divyanka Tripathi and Vive Dahiya, Bharti Singh and Harsh Limbachiya and Sanaya Irani and Mohit Sehgal.

Harbhajan Singh is slowly but surely becoming an integral part of Indian television reality shows. He is also a part of MTV Roadies, and was recently in the news for his public brawl with fellow Roadies host, Neha Dhupia. Soon after their disagreement, there were rumours that he would be quitting the show, but they proved false and he continues to be a regular face. Looks like Yuvraj Singh’s best friend is taking his place on the public dance floor as well, with Nach Baliye 8! Indian audiences are going to love to see the jodi of Harbhajan Singh and Geeta Basra.