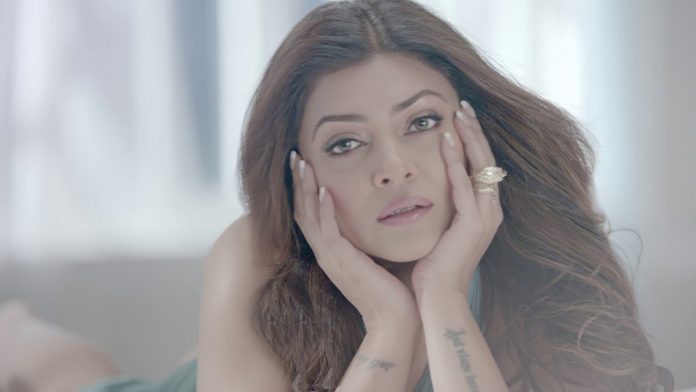 After a log break from Bollywood, former Miss Universe Sushmita Sen is coming back to your television sets with a commercial for mineral water brand, Indus Pride. The Hindi version of the TVC has already been released and is playing on major commercial television channels right now.

Sushmita broke the news to her fans through her Instagram account as she shared videos from the shoot. The diva looked lovely in a green dress with flowing hair, minimal make-up and accessories. Sushmita has always said that she will make a comeback only with a project that she can related to. In this commercial, the actress personifies water and talks about the importance of drinking purified water.

Sushmita made her last big screen appearance with a Bengali film titled Nirbaak and has been away from movies since. Directed by Srijit Mukherji, Nirbaak is a critically acclaimed film and features her in a lead role. Apparently the actress has been traveling a lot over the past few weeks and has kept fans updated on the shoot of a secret project.