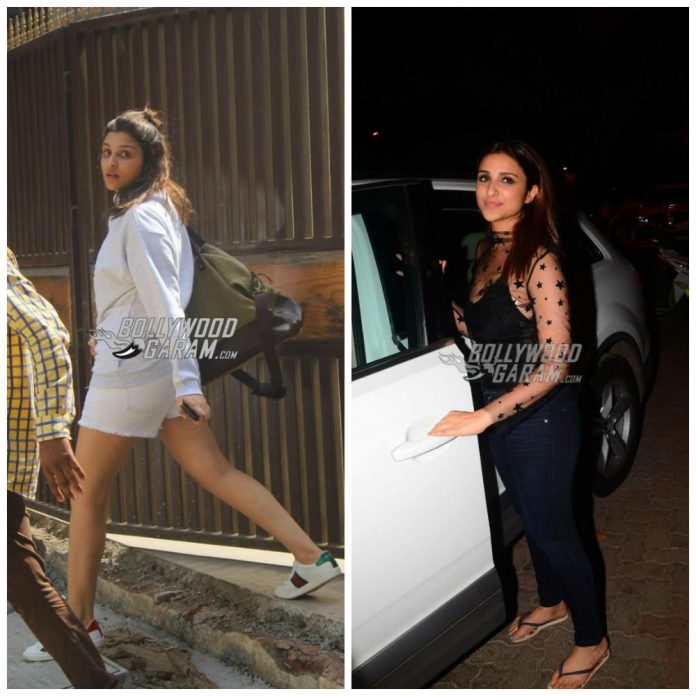 Indian actress Parineeti Chopra is a busy actress these days. The Ishaqzaade actress is not just keeping fit but is also taking time for herself. Parineeti was seen after a tiring workout session in Mumbai on April 18, 2017. The actress, later in the day, was seen post dinner at a restaurant in the city.

Previously considered to be a little overweight for the industry, Parineeti Chopra has come a long way since her early days in Bollywood. She’s no longer known as “Priyanka Chopra’s cousin”, but a stellar actress in her own right. And she is regularly seen hitting the gym, working hard on her physique. But that’s not all she’s training for – Parineeti also recently let her voice to music, much to the excitement of her fans.

Chopra post her workout session was seen in shorts, a pullover and sneakers while her dinner look saw her in a black top and denims. The Kill Dil actress is currently busy promoting her upcoming movie Meri Pyaari Bindu directed by Akshay Roy and is ready to hit theatres on May 12, 2017.

Parineeti will be seen on the silver screens after a gap of two years opposite actor Ayushmann Khurrana. The actress is also shooting for the upcoming movie Golmaal Again which stars Ajay Devgn and Tabu. The film is currently being shot at Hyderabad and is expected to release by Diwali, 2017.