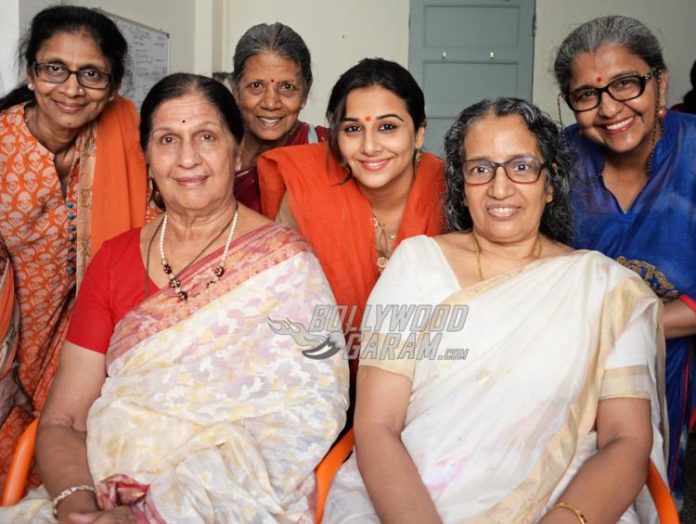 Tumhari Sulu shooting started off with the blessings of all the movie producers’ mothers. The makers marked the beginning with a small ritual at the office amidst the presence of the mothers of producers Atul Kasbekar, Tanuj Garg, Shanti Sivaram and director Suresh Triveni in Mumbai on April 22, 2017. The movie featured Vidya Balan in a lead role.

Producer Tanuj Garg at the event said, “Mothers are special and we thought it would be wonderful to have their blessings for our labour of love.” The movie will be shot in Mumbai and will see Vidya playing the role of a house wife, who turns in to a radio jockey. The makers have not yet announced the release date of the flick.

It will be a fresh change for the audience to watch Vidya in a comedy genre. The actress in recent times has been seen playing some serious and intense roles in the movies Begum Jaan, Kahaani 2: Durga Rani Singh and Hamari Adhuri Kahani.