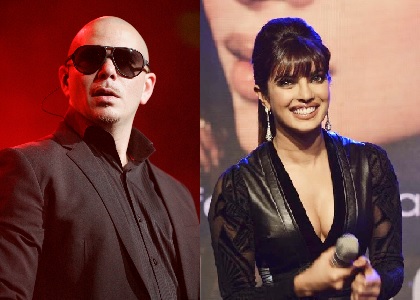 After becoming popular with her first single ‘In My City’, Bollywood actress Priyanka Chopra is now all set to release her next single. Reports say that this time the actress is collaborating with the international artist Pitbull.

The rapper is known for his hit singles ‘International Love’ and ‘Don’t Stop The Party’. Media reports have claimed that the ‘Kaminey’ actress is already in Miami to record her parts of the song and will soon be joined by Pitbull. As Priyanka waits for the rapper, Pitbull is preparing for his live performance at the opening ceremony of Indian Premiere League on April 2, 2013.

The opening ceremony will be held in Kolkata, where the star will be performing along with Bollywood icons such as Shahrukh Khan and Katrina Kaif. The next single by Priyanka has been titled ‘Exotic’ and the music video for the song will be shot after the recording process concludes.

Apart from being a top actress, Chopra is now also an international singer and is busy shooting for her movie projects. At present, the ‘Barfi!’ actress is shooting for the movie ‘Gunday’ by Ali Abbas Zafar, which also stars Arjun Kapoor and Ranveer Singh. Other upcoming releases by Priyanka include ‘Zanjeer’, which is the remake of the 1973 movie with the same name.